How to Graduate with Honors from the ‘School of Life’

Life is like a cosmic classroom, is it not?

The day you were born is the first day of class.  In the years to come, you have much learning to do, projects to complete, and tests to pass.

Then one day your spirit permanently vacates your earthly body and that is the last day of class.  The final exam takes place as your friends and family memorialize how well you made the grade (or not).

I think we all want to graduate from the ‘School of Life’ with honors.  We want to be remembered well; to live a life that meant something.

How do you achieve such a lofty goal?  Is it by earning a doctoral degree?  Climbing to the top rung of the corporate ladder?  Creating your own company?  Having your name etched in history books?

There’s no single right or wrong way.  There’s only your way.  And that’s the big question isn’t it?  What is ‘my way’ going to be?

Sometimes the greatest honors go to those who leave the most impact without fame, fortune, or a Wikipedia page about them.   Some of the greatest spirits do the most for humankind without the common trappings of ‘success’.

Let me illustrate what I mean by telling you about Ralph, who I once thought was a failure but I now try to emulate in some significant ways.  This is a true story except for Ralph’s actual name and a few minor changes for benevolent purposes.

A Life Deserving of the Highest Honors

I knew Ralph because we both worked at the same company for a few years.  I liked him because he was affable and always had a good joke to tell.  The people he managed loved him because he treated them like human beings.

Ralph was not without his detractors though.

You see, Ralph had a reputation for being a bit lackadaisical in his business approach.  He didn’t squeeze every dollar out of the unit he managed as his job description mandated.  This was forgivable every now and then but with Ralph it went on month after month without any signs of improvement.

Even Ralph’s allies acknowledged he was a bit too laid back.  But in the corporate hierarchy, he was making a significantly bad impression which ultimately got him fired.

I hated to see this happen to a good guy and all around decent person.  But I have to admit, I thought it was his own fault for not taking his job ‘seriously’.  Besides, business is business, isn’t it?

I kept in touch with Ralph through Facebook.  Most of his posts were of him celebrating life with his family, nothing too detailed or boastful.  I did hear through the grapevine though that he had a couple of business ventures that failed which prompted him to go back into the corporate world.

Ralph was right around 45 years old and married.  He and his wife had a teenage son and daughter.  By all outward appearances was in excellent health.

And in the prime of life, he died of a heart attack.

Based on everything I’ve told you so far, did Ralph ‘graduate’ with honors or did he leave some coursework undone?

Well, you can decide once I tell you the rest of Ralph’s life story.

I only knew Ralph through our couple of years working for the same company but never at the same location.  So it was not like we were bosom buddies.  Even so, something compelled me to go to his funeral.

As I drove toward the entrance of the church where his funeral was held, I got in queue with a long line of cars holding up traffic.  Eventually I found a space at the far edge of the packed parking lot.

It was a gloriously sunny day.  A swarm of people from all directions filtered through cars and bushes toward the church.  I thought “Hmm, there must be some other activity going on at the church today in addition to Ralph’s memorial.”

I made my way to the sanctuary which was huge and near capacity.  As it turns out, this multitude was all there to say goodbye to Ralph.

I found a familiar face near the back and settled in next to him.  As I’m sitting there I thought “Ralph may not have impressed the corporate world, be he truly must have meant something to a lot of folks.”

Now, I know it is a social requirement to only say nice things at funerals.  But I was about to witness a transcendent experience.

The feeling in the room was palpable.  Of course, there was profound grief and sorrow.  But there was also a feeling of love and tenderness that caught me a little off guard.

A Hero to Many, A Friend to All

After a couple of hymns and some opening remarks, the minister invited Ralph’s teenage son to get up and say what he had to say.

There was not a dry eye from the front row to the back and we were just getting started.

She spoke of the ‘kid’ in Ralph who liked to play and frolic with his own kids all the time.  She said she fell in love with him because he made her laugh.

A cousin related how much she looked up to Ralph when they were growing up.  She even used the word ‘saint’ in describing him.  He was always there for the whole family.  She said he always just made her feel good.

Then a community leader came up to the podium.  I can’t remember the exact name of the organization he headed but it was one for disadvantaged kids.  He told us how for the last 20 years Ralph had poured his heart, time, and energy into helping these kids.  He mentored them, took them on outings, and brought his own kids along to befriend them.

A  Legacy that Mattered

You know, Ralph’s name might not be emblazoned on a plaque at corporate headquarters but his name is written on the all the hearts he uplifted in his time well spent on earth.

As his memorial drew to a close, they put an image of Ralph on a large screen behind the podium.  Spontaneously, the congregation rose in one accord to give a standing ovation to this great man who never bragged about his good deeds, but only did them.

That, my friends, is how you graduate with honors from the School of Life.

I’m sure Ralph left a long list of things he still wanted to do but I daresay he completed his cosmic assignment.

There’s nothing inherently wrong with wealth, fame, or lofty position.  But it will all be hollow unless you touch lives with sincere care and interest the way Ralph did.

After the funeral, everyone lingered in the vestibule to reminisce and soak up the energy left by the spirit of Ralph, comforter of souls, bearer of light.

As for me, I was grateful the Universe nudged me to be present that day.  It was not to show me how to be remembered with honor or glory.  It was to remind me to refuel my own mission with unconditional love for human kind.

Thank you, Ralph.  Your life served as a great lesson to me and many others.  Well done. 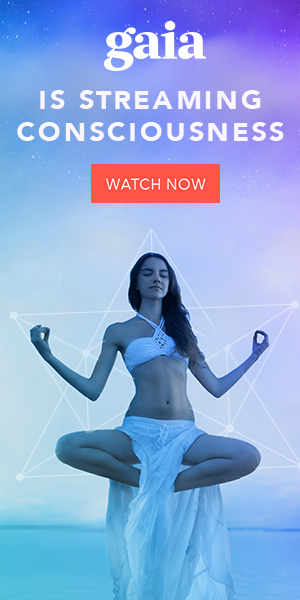 Previous: How to Stop Comparing Yourself to Others: 7 Empowering Ways